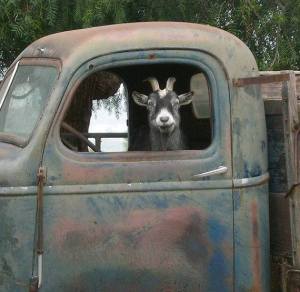 (Friends:  I am trying this story on for size.  It is indeed based on truth but it doesn’t feel quite right to me yet, so I’m crowd-sourcing guidance from y’all.  I welcome all comments and suggestions.)

Now I understand that my sister and I had a peculiar childhood. With both parents in law enforcement, expectations for us as budding young Southern ladies were skewed towards a paranoid place. I don’t know how normal our upbringing was, I honestly doubt I’d know normal if it tapped me on the shoulder and introduced itself.  It was normal for our clan, that’s all I can say.

The Manson murders happened when I was just approaching puberty. My mother never saw the world the same way again. She was suspicious before the trials, but seeing young girls convicted for such sadistic, blood-thirsty acts put a potential monster behind every beaming cheerleader’s face.   She counseled me to be wary of girls who didn’t “act right.” Being Southerners, not acting right could mean a girl didn’t compose proper thank-you notes, or that she was fixing to disembowel you. Not acting right was a confusing catch-all category, but whatever it meant, I was to avoid it.

So my sister Lynn and I were expected to be young ladies; well-spoken, well-read, and well-mannered.   In contrast, we were also expected to never ever to be the girl that ends up in a shallow grave down by the river. If someone tried to hurt us, we were to scream, gouge, bite, kick, and do whatever disgusting thing was necessary to live. If you look up schizophrenia in the dictionary, it may reference my early years. Be a delicate flower of a girl, kindness personified, but if you have to, use your thumbs to pop a guy’s eyeballs out of his skull.

Where I grew up, everyone learned to drive as soon as they could see over the steering wheel, around twelve or so. In a farming community, this makes sense. The trade-off for driving lessons was learning to load, shoot, and reload a handgun proficiently. These two activities were linked because no matter what family vehicle you were in, there was going to be a pistol under the driver’s seat. Unless you were in the pick-up, then there were shotguns in the gun rack plus the hand gun under the seat. I can’t imagine why boys weren’t lined up around the block wanting to date me in high school.

In my husband’s family growing up, if you couldn’t fall asleep you were encouraged to get up and do something useful. Read, do crafts, anything productive yet relatively quiet. In my family home, if you couldn’t fall asleep you kept your ass in bed. Rambling around in the middle of the night meant you might be an intruder, though I don’t know who could possibly be stupid enough to try to break into our house. Being mistaken for a prowler, well it could get you shot.

Car trips and outings meant we played the Observation Game. It was probably to keep me quiet, but it did teach me a skill. Think of it as the policeman’s version of “I Spy.” We’d be rolling along in the car, or walking along the street, and I’d be quizzed. How many people did you see in the car we just passed? Describe the man who just came out of the hardware store. What was he carrying? Which way did he go? You’d better be able to describe his face, not just his clothes. You did not get points for clothing. Where’s the closest exit to where we’re standing right now? If the path to that door is blocked, where’s the next best one? Get most of these questions correct, and an icy Nehi soda was the prize.

These were our formative years. Call them unusual, call them bizarre, call child protective services, it was what we knew. It was my parents’ way of protecting us from Very Bad Things. And there are always very bad things in the world. As adults, my sister and I often pass for typical, well-adjusted women until something happens that triggers our stand-up-and-fight-back.

Lynn now has two little girls and is raising them by herself. She’s getting by. Lynn found three beat-up but workable bicycles at yard sales so she and the girls can go biking on Sundays. She keeps the bikes in a decrepit shed behind her house. It ‘s an open shed which might collapse if you look at it cross-eyed, but there’s been a rash of bike thefts in her neighborhood and it’s the safest place for them.

One night while washing dishes, Lynn notices movement in the backyard. Someone is trying to steal the bikes! Not thinking twice, she grabs a butcher knife from the dish rack and runs out the front door just as the thief was coming down the driveway, pushing her daughter’s bike.

He stops — rookie mistake — because my sister is still running full throttle at him, waving a big knife, and screaming, “You drop that bike or I will gut you like a catfish!”

There’s a battle cry my family can rally behind. She got the bike back. No filleting necessary.